Raven Digitalis (Hawaii / Montana) is the author of The Empath’s Oracle, The Everyday Empath, Esoteric Empathy, Shadow Magick Compendium, Planetary Spells & Rituals and Goth Craft (Llewellyn Worldwide). Originally trained in Georgian Witchcraft, Raven has been an earth-based practitioner since 1999, a Priest since 2003, a Freemason since 2012, and an empath all of his life. He holds a degree in cultural anthropology from the University of Montana, co-operated a nonprofit Pagan Temple for 16 years, and is also a professional Tarot reader, DJ, card-carrying magician, and animal rights advocate. 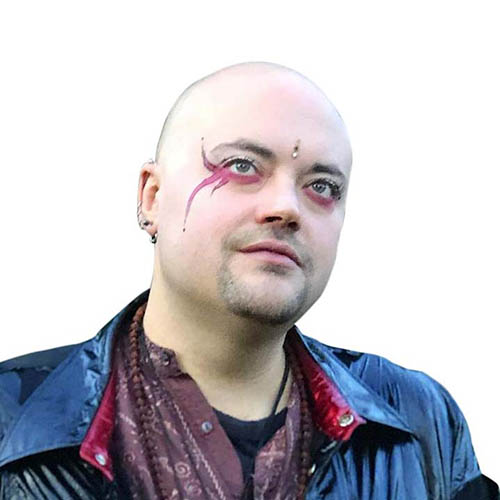