Nathan King is a witch and initiate of the Minoan Brotherhood in Salem mass where he works as a professional psychic, ritualist, and tour guide. Nathan has worked with Enchanted LLC, a Witchcraft shop in Salem. Originally starting his magickal journey in Michigan, Nathan has worked and presented workshops with groups such as Michigan Pagan Fest and the Detroit Conjure and Folk Magick Festival. Nathan has also trained with Official Witch Laurie Cabot and has guest-starred on the travel channel, the Boston Globe, and SYFY for his witchy workings around the northern hemisphere. To him, Witchcraft is a living practice and lifestyle that is to be shared and passed like a torch for witches everywhere, illuminating the winding path for our future generations. 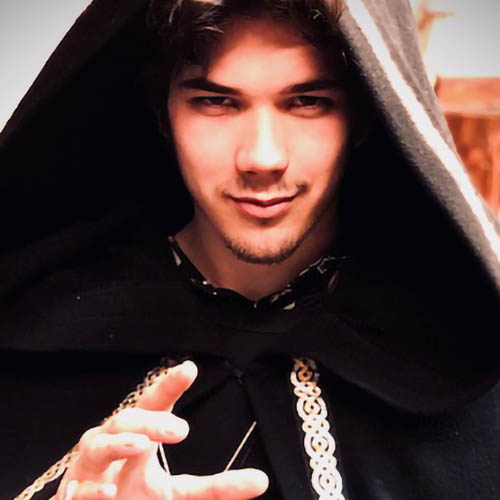