Class – The Magic of Pilgrimages: Opening the Way

Sat at 6:45 pm in The Jupiter Conservatory

Manny (pronouns he, him, his) was born in Cuba and raised in the American South, growing up bicultural and under multiple religious traditions. He lives in Miami and Nemi, Italy. Manny has been in the Pagan community for almost four decades. He is a witch and was raised as a child of Oyá. He is encouraged by the Balance within the natural world, enjoys storms and the dark of the Moon. Manny is currently the editor-in-chief of The Wild Hunt. He has served the community in multiple roles and in several organizations including Pursewarden and Second Officer for Covenant of the Goddess and Chronicler for Ár nDraíocht Féin. Manny is a certified Florida Master Naturalist. He is also a beekeeper, orchid-grower, and builder of bat houses. Manny is married and splits his free time between the Florida Swamps, the Atlantic Ocean, and the Alban Hills of Rome. 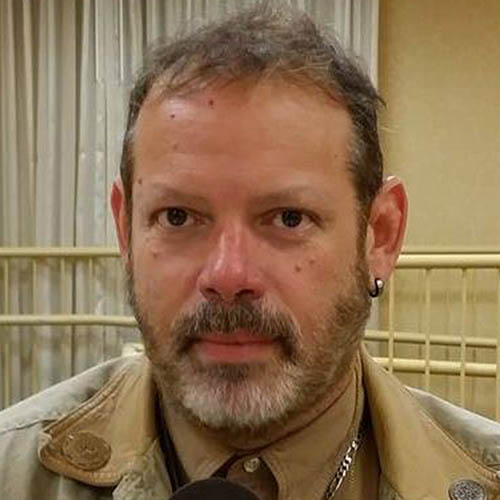