Class – Witchcraft as a Science

Laurie Cabot is a pioneer in the modern Witchcraft movement. As a teacher, author, and activist, she was one of the first to inform the public on who and what Witches are, and what they believe and practice, through many appearances on radio and television, including the Oprah Winfrey Show . She has championed the rights of Witches and Pagans through establishing the Witch's League for Public Awareness, and later Project Witches Protection, educating the media on inaccurate and demeaning portrayals of Witches and educating government representatives on the religious rights of Witches.

Residing in Salem, Massachusetts, Laurie has been a publicly active Witch, running several Witchcraft shops where she offered psychic readings, as well as hosting numerous classes and public rituals, including the first ever Salem Witch’s Ball. She teaches “Witchcraft As A Science” to all, emphasizing meditation and psychic development, and established her own Cabot Tradition of Witchcraft. Former Governor of Massachusetts, Michael S. Dukakis, awarded her the Patriot Award for public service and declared her the “official Witch of Salem, Massachusetts.” She later established the Cabot-Kent Hermetic Temple as a federally recognized religious organization for furthering the Witchcraft community and culture. She is the author of four other books, including the classic Power of the Witch. 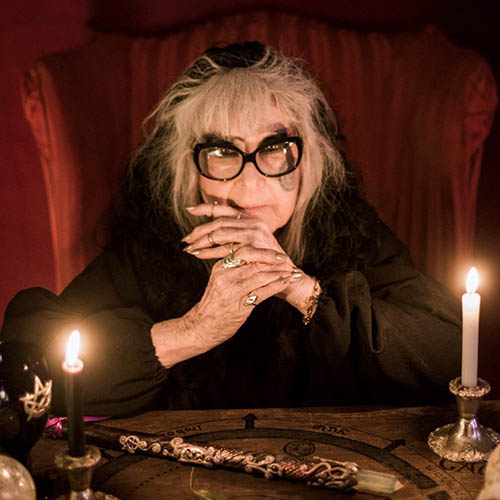