Class – Italian Witchcraft: Anthropological Research on the Tradition of Segnature

Sat at 12:15 pm in The Jupiter Conservatory

Sat at 9:30 am in in the Virtual Vendorium

Dr Angela Puca joined Leeds Trinity University in 2016 and is currently lecturing in the Department of Philosophy and Religious Studies. Angela’s degrees are in Philosophy, with a particular focus on Asian Philosophies. During her academic formation, she studied Latin, ancient Greek, Sanskrit and Tibetan (classical and modern) to translate primary sources of interest from different philosophical and religious traditions. During her Master's Degree, she expanded her knowledge in the field of Religious Studies, especially Buddhism and the Indian and Tibetan religions, at the University of Naples. Afterwards, her research moved towards Paganism and Shamanism, their contemporary manifestations across the Italian peninsula.The University of Leeds awarded her a PhD in Anthropology of Religion with a thesis on “Indigenous and Trans-cultural Shamanism in Italy. Author of several peer-reviewed publications, she hopes to bridge the gap between academia and the communities of practising witches by delivering scholarly content on the subject on her YouTube Channel ‘Angela’s Symposium’. 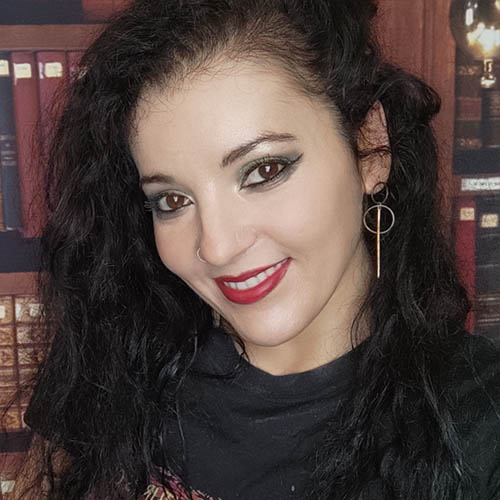