Sat at 9:00 am in The Jupiter Conservatory

Eric Labrado was born and raised in El Paso, TX. His spiritual journey started when he was exposed to the folk magic practices of Mexico and Latin America at a young age. He was fortunate enough to have been guided by his grandmother and attended spiritual centers with her in Juarez, Mexico. He was taught how to petition the saints, work candles, and perform limpias by the women in his family.

He is an hechicero and conjurer with hands in both magia blanca and negra. He is also an Olorisha priest and initiated into the secrets of Oshún. His biggest passion is preserving these practices according to their tradition.

Alexis Arredondo grew up on the borders of South Texas, where he was enamored with folklore as well as spiritual folk-practice at a very young age. He began learning folk magic and traditional brujería from a bruja in his hometown. Through the influence of famous healers such as Don Pedrito Jaramillo, he began his journey in the sacred healing art of Curanderismo. Alexis was fortunate enough to have teachers in this practice as well as in El culto de Santisima Muerte. He has also initiated into several more necromantic systems such as tantric Aghor yoga, Brazilian Kimbanda and he is a Tata Nkisi Malongo in the Nkita Manankita lineage of Palo Mayombe. He enjoys teaching others in the ways of the paths he has learned.

CITY ALCHEMIST City Alchemist provides an array of occult books, candles and esoteric products for the curious or advanced practitioner. We offer readings, cleansings and apothecary goods for all of your spiritual needs. We are located in the heart of downtown on historic East 6th Street in Austin, Texas or checkout our website to browse our unique collection of charms, resins, metaphysical books, and occult curios. 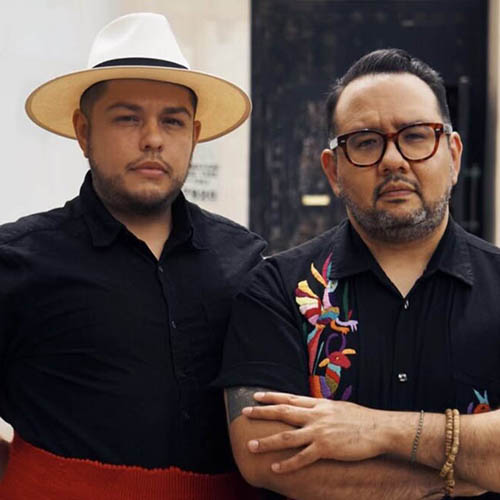